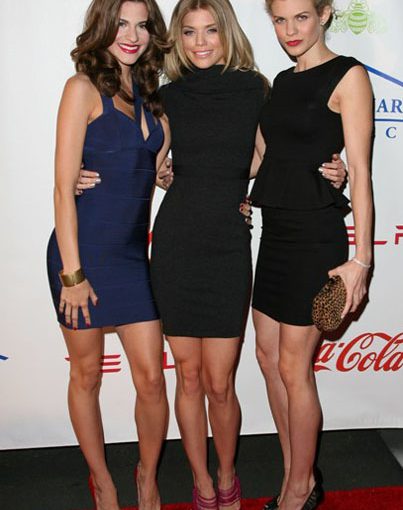 Tarzana, CA, Los Angeles, CA—St. Bernard Project is a nonprofit organization dedicated to removing the physical, mental, and emotional barriers from the vulnerable people who are suffering and struggling from the devastation and trauma caused by Hurricane Katrina and the Oil Spill. St. Bernard Project creates affordable housing, creates living wage jobs, and ensures that individuals, families, and the community are mentally healthy and well.

Los Angeles-based Global Creative Studios provided the red carpet service for the fundraising event benefitting St. Bernard Project at Tesla Motors in Santa Monica, California. Some of the participating brands were Patron and Coca Cola, among others.

In order for St. Bernard Project to carry out its vision for this fundraising event thoroughly, the venue was in need of a stage. Global’s CEO Pedram Doustkam, “Peter Doust,” built a platform that was used for the DJ and music and sound equipment. Doust is known for his creativity and ability to hand-make anything that is necessary in order to implement an event smoothly and efficiently.

At one point during the event, the sound equipment failed that belonged to the production company putting on the main event inside. In a moment of havoc and chaos, Global Creative Studios, a one-stop digital studio qualified to meet all integrated business development needs, was able to reinstate the harmony after they provided the sound equipment and wiring for sound production that they brought along with them in their vehicle. The event was then able to carry on as planned.

Global Creative Studios is always prepared and one step ahead of its competitors. Had some sort of sound equipment not been provided, there would have been no music inside the venue; leaving only the noise from people’s voices.

Global was responsible for the outdoors, red carpet portion of the St. Bernard Project at Tesla, which consisted of designing and printing the backdrop on the red carpet and providing the pillars for the backdrop, runner for the event, and lighting for the photography. Global’s efficiency and accuracy allowed the red carpet event to run smoothly and for the attention to be paid where it was due—to the organization fundraising for Katrina survivors in New Orleans.