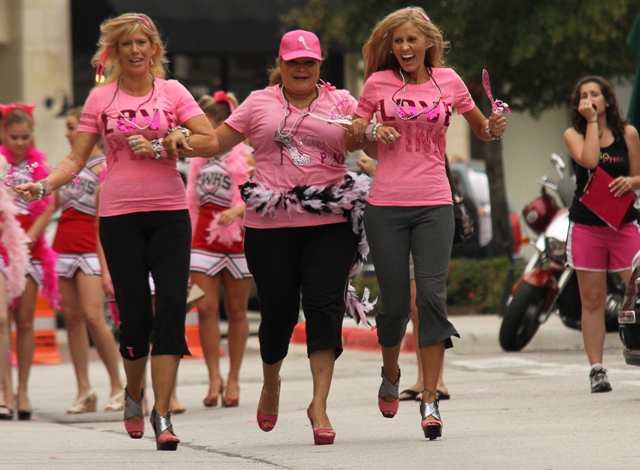 Ventura County Star has dubbed it “The Power of Pink: How to Cheat, Treat & Beat Breast Cancer” (Click Here to See Source)

Why did Ventura County Star (VCS) newspaper print on pink paper October 1, 2012? It is in honor of breast cancer awareness, and to promote an annual Breast Cancer Awareness Seminar on October 20 at the Ronald Reagan Presidential Library, which will feature guest speaker quadriplegic and breast cancer survivor Joni Eareckson Tada.

For the remainder of the month, The VCS will be highlighting stories related to breast cancer to show its support for those who have been directly or indirectly affected by this indiscriminatory cancer.

It is urged to receive regular screenings and to not hesitate to ask your doctor questions, such as if you are prone to developing breast cancer due to your family history; what a mammogram consists of; the different stages of breast cancer; about different options for treatment; etc.

Global Creative Studios is an affiliate of The Breast Cancer Charities of America, whose proceeds go toward research, education, advocacy, and support both nationally and internationally; and who hosts events such as the annual iGoPink Stiletto Sprint.

If you are wondering what you or your business can do for breast cancer awareness during the month of October, visit National Breast Cancer Awareness Month’s website at http://www.nbcam.org/ 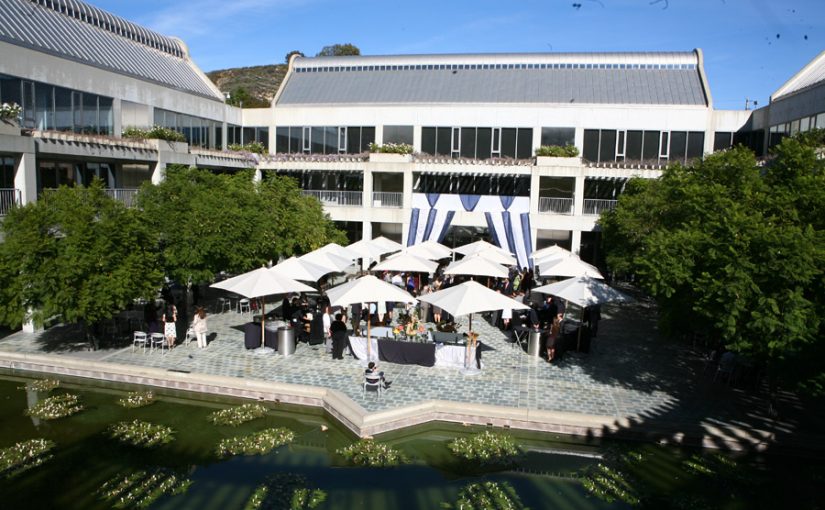 Global Creative Studios recognizes the importance of a well-planned and executed event and strives to provide accurate end results for its clients. Businesses are able to build their reputation as a well-renowned company and expand their clientele basis simply through a properly carried-out event. Clients are able to impress attendees at celebrations and ensure every person has an enjoyable time. Global is prepared to provide event planning and event services in Los Angeles, including venue setup, signage, logo and backdrop design, photography, lighting, music, sound production, and catering for any event.

Event planning is a multi-faceted process that requires absolute attention to detail—even to the most minuscule detail. An event can promote a product or service and highlight the positive aspects of a business. Events also include ceremonies, celebrations or parties, conventions, and any other type of gathering that requires any degree of coordination.

Businesses benefit from putting on events that either promote other businesses and their products and services or showcase their own products and services. If everything goes perfectly, a business can gain new customers who are attendees at events. However, at the same time, a poorly-planned event has the potential to damage or destroy the reputation of a business. This is one of the main reasons it is important to choose a respectable event planning company.

With budgeting, dates, reservations, permits, transportation, décor, sound production, and many more things to consider, an event planning checklist can seem endless, tedious, and stressful. Global Creative Studios is, in part, an event planning business—in addition to offering several other services that meet all types of business development needs. Global Creative Studios works closely with its clients to create and review an in-depth planning form, which makes planning even extravagant events simple and easy for all parties involved. Once Global understands the scope of the services needed, it assigns a group of professionals to work exclusively on the event project and to provide an immaculate end result that is incomparable. Global’s team of professionals ensures that events are executed with absolute precision and accuracy—leaving a positive impression of the showcased business or celebration on all attendees.

Global Creative Studios is able to create banners, step and repeats, media walls, and even implement an eco-friendly event. Global is fully equipped to ensure that every event is enticing, captivating, and memorable. Global has experience in VIP red carpet events, fashion and beauty events, non-profit events—such as with Breast Cancer Charities and St. Bernard Project—corporate events, bar mitzvahs, bat mitzvahs, and many more. If the idea for a special affair is celebrating the release of a new movie, a new product, or a new service, Global is prepared to provide venue setup, signage, logo and backdrop design, photography, lighting, music, sound production, and catering for any event.

Global Creative Studios is a respectable, trustworthy business that is comprised of a team of skilled professionals who dedicated themselves to perfecting the planning process and putting on a great event. Global has a passion to help businesses succeed and put a countless amount of time into ensuring that a business is properly represented and promoted through the events they put on. 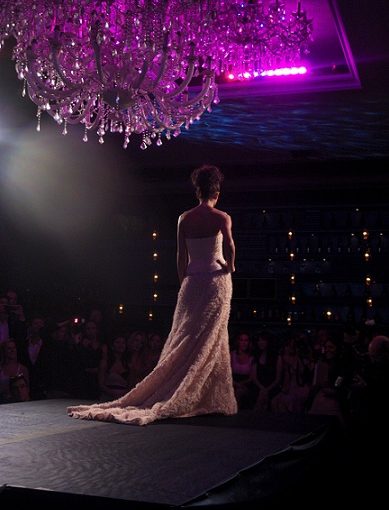 Tarzana, CA, Los Angeles, CA—Breast Cancer Charities of America (BCCA) is a non-profit organization that brings the “integrated cancer care” message to the women of America—meaning unifying the mind, body, and spirit and bringing these aspects of the “whole person” to the cancer prevention, treatment, and recovery effort. Traditional care stops with surgery and chemotherapy, but integrated care adds to this with its focus on the important elements of nutrition, exercise, mind and body, social support, and a search for greater meaning.

Global Creative Studios, established in 2004 and based in Los Angeles, has substantial experience working with Breast Cancer Charities of America and understands and fully supports the importance of this cause. When Global Creative Studios was approached for BCCA’s fundraising event, CEO Pedram Doustkam, “Peter Doust,” recognized the necessity of planning an unforgettable event to gain exposure to and to raise funds for BCCA.

Once the event was established—hosted by Sophie Monk and Ashlan Gorse at Guys and Dolls Lounge in Hollywood—Global’s team of professionals worked to set it in motion and to plan and execute the red carpet event. Firstly, Global seized the idea of a typical red carpet and transformed it into that of a pink carpet to match the color-schemed theme of BCCA. Then, a fashion show was to be put on, but there was a significant problem—no runway exists inside Girls and Dolls Lounge.

Inside Guys and Dolls Lounge

Doust, CEO of Global, visualized a way in which the fashion show would be able to transpire within one of L.A.’s hottest clubs, which is meant for social gatherings, parties, special events, and private membership—not upscale, charitable fashion shows. It was essential that a runway be built, and Doust diligently worked for a week to ensure its completion.

The runway in progress

The final product of the handmade runway was spectacular and proved the hard work and dedication of the head of Global Creative Studios and stood as a physical manifestation of the assiduousness of the entirety of the experts at Global.
The fashion show occurred and featured designs from Chagoury Couture, Adolfo Sanchez, Rik Ducar, Andy Thê-Anh, Christiane King, Oday Shakar, Eva Franco, Eva Culture, Yotam Soloman, Trina Turk, V Rose, and C.Z. Falconer.

The entire event at Guys and Dolls, including the memorable fashion show, was immensely successful and showcased Breast Cancer Charities of America and the iGoPink brand, which helped spread their mission to fight cancer. 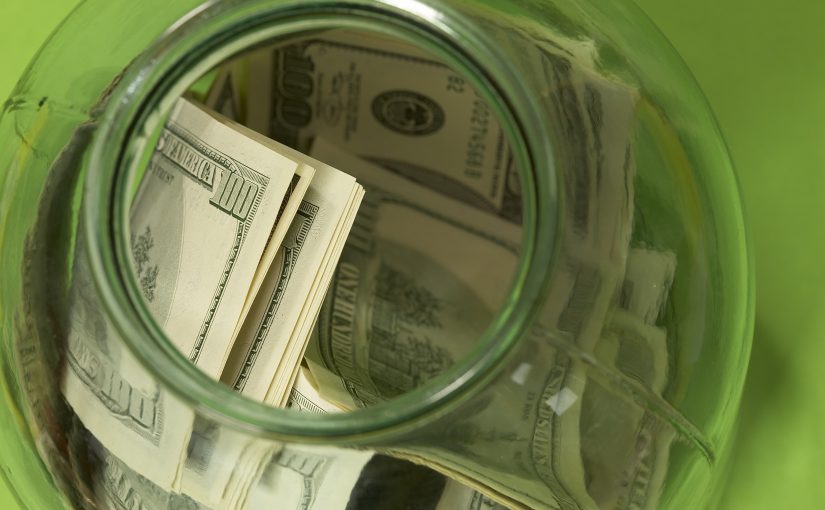 Fundraising helps, whether non-profit organizations, charities, religious groups, political campaigns, or disease awareness. However, some people fluster and overwhelm themselves with where to start or how to organize such events. We are here to help offer advice or help host events. Consider the following eight tips when organizing and fundraising for an event:

Fundraising and donations can benefit any organization by providing more resources, which creates more opportunities to pour funds into the ultimate purpose and mission of the event. Ensure the fundraiser you wish to plan enhances the cause of choice, and start towards making a difference today. Remember to stay organized, breathe deeply, and that if you run into any problems along the way, our team at Global is more than happy to lend a helping hand.

Are you having issues with fundraising your event, or don’t know what your next step is? Let Global take the lead.Call us today for a free event consultation. 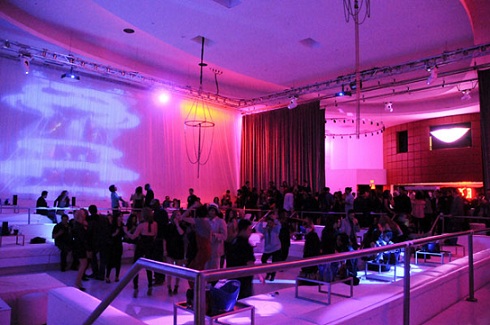 Tarzana, CA, Los Angeles, CA—Breast Cancer Charities of America (BCCA) is a non-profit organization that brings the “integrated cancer care” message to the women of America—meaning unifying the mind, body, and spirit and bringing these aspects of the “whole person” to the cancer prevention, treatment, and recovery effort. Traditional care stops with surgery and chemotherapy, but integrated care adds to this with its focus on the important elements of nutrition, exercise, mind and body, social support, and a search for greater meaning.

Breast Cancer Charities of America hosts countless events every year, and Global Creative Studios has had the pleasure of working with BCCA on several of them to help spread their mission.

At BCCA’s event at Supper Club, Global Creative Studios was responsible for the red carpet event—transformed into a pink carpet event. Global’s team of graphic designers and in-house graphics department created a backdrop and the entire Global team provided backdrop setup and lighting for the photography.

Global’s team helped the event run sveltely and allowed for the organization against breast cancer to showcase its mission.